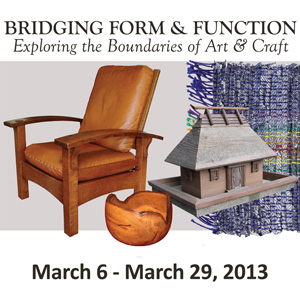 Late last year, the Museum of Modern Art in New York announced that it would be acquiring fourteen video games, including the iconic Pac-Man, for its permanent collection.  According to Paola Antonelli, senior curator of the museum’s department of architecture and design, the games were being acquired as “outstanding examples of interaction design,” not as art objects.  This announcement raised eyebrows among art critics.  The very fact that video games could be collected by the Museum of Modern Art for any reason raised anew a familiar debate, one which can be framed with a simple question:  “Is it art?”

This a debate which has been waged in reference to a number of now-recognized art forms, including photography, film, and, recently, digital imaging.  Historically, only those objects made of bronze or marble, or painted on canvas, were considered art.  New technologies often face resistance to their recognition as valid artistic media, yet each, in turn, has come to be accepted as another tool in the hands of the artist.

But what of those objects which were made for utilitarian or decorative purposes?  Could functional objects, no matter how pleasing their aesthetic design, be considered art?

During the nineteenth century, William Morris and others of his time strove to merge the “fine arts” with the functional, to bring beauty in form to the functional objects in our everyday lives.   Yet, if Morris and his contemporaries found inspiration for the Arts and Crafts movement in the industrial revolution of the nineteenth century, one can only imagine their response to the digital age.  We have seen one example after another, one generation of artists after another, inspired by the Morris’ ideas.

Today, art museums are repositories for all manner of aesthetically compelling objects, whether functional or non-functional, purely decorative or intellectually-based expression.   While new art forms seem to arise with each generation and we renew again the debate as to what constitutes a work of art, we, too, continue to feel a pull toward the handcrafted object.  We still seek to fill the spaces in which we live with beauty.

With the latest exhibition at Arts Visalia, titled Bridging Form and Function, we hope to shine a light on those artist in our community who help us fill that need for beauty through their craft.  Visitors to the exhibition will surely agree that there is little to debate about the artistic merit of the works on display now.

This exhibition has been made possible with generous support from the following: