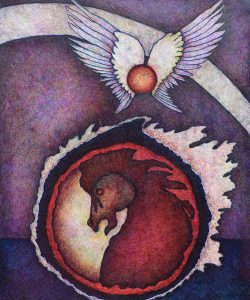 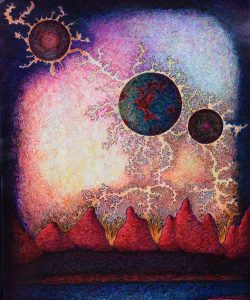 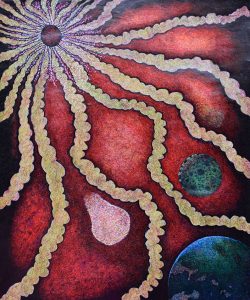 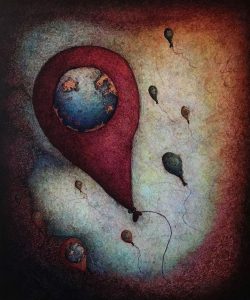 In February 2019, Arts Visalia’s gallery will be filled with the work of Kirk Cruz. His Sharpie in Light artwork depicts his interest and bold process in color theory and the way light plays a role in art, using Sharpie markers. His interest in color theory led him to only using the colored markers, even to depict black in his artwork.

Kirk Cruz was born in Fresno and has studied painting and drawing for over 25 years. His inspiration comes from his father, Gilbert Cruz, who encouraged him to continue the pursuit of the arts in his youth. He has studied oil, acrylic, pastels and pencil, which have helped him in his color ink technique, most have described as comparison to an oil painting.

Cruz calls his technique “Freedom Drawing because the technique depends greatly on letting go and trusting ones intuition. Which means re-understanding what Art is and who oneself is.”

Kirk Cruz’s exhibition will be displayed January 30th through February 22nd, with an opening reception on First Friday, February 1st, from 6:00 p.m. to 8:00 p.m. The exhibition is sponsored in part by Jack & Charlie’s, the Vintage Press Restaurante, and the Southern Pacific Depot Restaurant.

Sponsored in Part By: 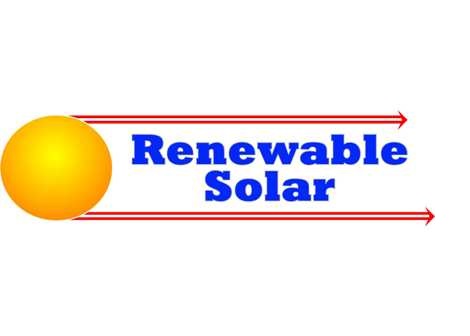