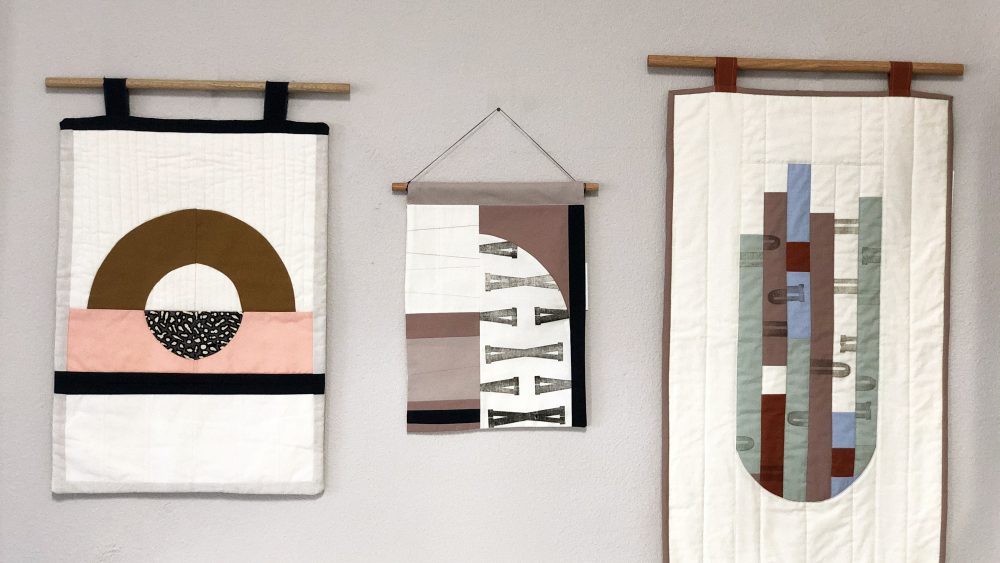 Born and raised in Visalia, California, Saegan Moran began her undergraduate studies at College of the Sequoias in California where she discovered an instant fascination and love for printmaking. In 2010, she moved to Columbus, Ohio to attend The Ohio State University. While there, Saegan intensified her printmaking practice. She then received a BFA with distinction from OSU in 2012.

In 2013, Saegan then moved to Athens, Georgia to pursue an MFA at The Lamar Dodd School of Art at The University of Georgia. There, she continued to perfect her printmaking knowledge while introducing new digital and collaged elements into her studio.

Since getting her MFA, Saegan returned to the Central Valley with her family. Out of a need to be able to work from home, her process for making has changed. She translated her process of collecting and assembling materials and objects into works that are made using sewing and quilting techniques. The wall-hangings echo qualities found in her collage work while also evoking sensibilities found in contemporary paintings, quilts, and macrame wall-hangings. In her new work, she would like to upend the perceived hierarchy between the gallery and domestic living space by advocating for high-quality artworks that are warm and live well in the home.