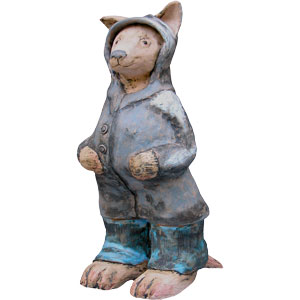 Each September at Arts Visalia marks the return of That Extra Dimension, an annual exhibition featuring sculptural works by artists from throughout Central California.  In all, work by twenty-eight artists will be on display, with each artist invited to present one artwork for the show.  The resulting exhibition provides visitors with a well-rounded survey of the tremendous quality and diversity of work being made by sculptors from throughout the region.

That Extra Dimension 2011 will be on display at Arts Visalia beginning August 31st through October 1st with an opening reception to be held Friday evening, September 2nd, from 6 to 8pm.  For a second year, the exhibition is being held in conjunction with the Visalia Arts Consortium’s Taste the Arts Festival, to be held in downtown Visalia, California, September 29th to October 1st.

This exhibition was made possible through the support of the following business partners: