California Pastels A Survey of the Pastel in Central California 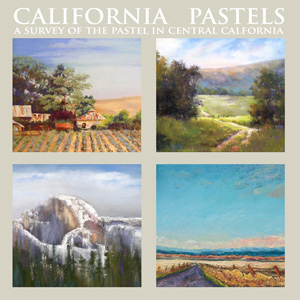 Arts Visalia is proud to present California Pastels: A Survey of the Pastel in Central California. Originally invented in the fifteenth century, the pastel came to prominence in the eighteenth century, particularly for portrait painting. Today, pastels remain a favored medium by contemporary artists due to the medium’s broad range of brilliant colors and its emphasis on skilled draftsmanship. And, as the works in this exhibition demonstrate, the pastel is alive and well in Central California. In fact, the twelve artists with works in the exhibition are some of the most active in the Valley today, with many national and international awards and recognitions among them.

The exhibition will be on display from April 29th through May 29th, 2015 with an opening reception will be held at Arts Visalia on Friday, May 1st from 6:00 to 8:00 p.m. Admission is free and open to the public.