California Photography in the Twentyfirst Century 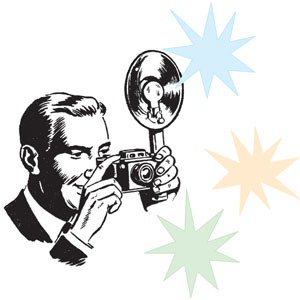 Since its invention in the Nineteenth century, artists have employed the camera as a means to share their often keen-eyed observations of life with others.  Where Matthew Brady documented the Civil War through his photographic images and Walker Evans strove to produce pictures that would record the transcendent struggle of the Great Depression, contemporary photographers continue to use the camera as a vehicle for storytelling.  The snapshot image offers a unique capacity to capture fleeting moments in our lives, to record places fading from our memories, to suggest narratives untold.  Artists are able focus our attention as viewers on moments and aspects of our lives we may not otherwise take notice of,thereby helping us to see beauty and metaphor in even the most mundane.

In California Edge, Arts Visalia presents a new exhibition of photographic works by four artists with Central California ties, artists whose work employs the photograph as a narrative medium.  Featured in the exhibition are over a dozen works each by Ryan Krauter, Carolyn Mann, James Stark and Terrance Reimer.  Each artist, in their own manner, offers the viewer a new and fresh glimpse at the familiar through the images they share in this visually striking exhibition.

Ryan Krauter developed a love of photography in the eighth grade when his parents bought him a 35mm Pentax K1000 camera. He is now a full-time photographer living in Visalia with his wife and three children. In 2005 Ryan received a BFA in photography and digital imaging from Art Center College of Design.

Carolyn Mann grew up in Dinuba and lived in the Bay Area many years before returning to the Central Valley 2005 to 2010. She studied the black and white print with John Sexton, and art photography at Stanford, Fresno State, and College of the Redwoods. She currently lives in Mendocino County with photographer Jon Shiu.

James Stark acquired a love for the gritty street approach to photography while living in New York City in the late 1960’s. Since moving to the San Joaquin Valley he has been focusing more on landscape, looking for unseen beauty around him in rural life.

California Edge will be on display at Arts Visalia July 1st through July 29th with an opening reception will to be held the evening Friday July 8th, from 6-8 PM. Admission is free and open to the public.