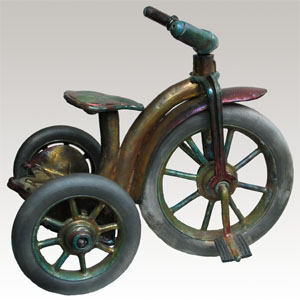 Returning once again to Arts Visalia, That Extra Dimension 2010 is a diverse survey of sculptural art from by artists from throughout Central California. This year’s exhibition features work by over twenty-five artists skilled in a wide variety of media ranging from ceramics to woodturning, found object assemblage to stainless steel, gourd basket weaving to hand-blown glass.

That Extra Dimension 2010 is being held in conjunction with the Visalia Arts Consortium’s Taste the Arts Festival, to be held in downtown Visalia, California, September 9th to 11th.